Hortensia Soriano worked as a Chiropractic Physician and practiced for 24 years in Miami, FL from 1983 until her retirement in 2008. She received her BS and Doctor of Chiropractic Degree from Logan College of Chiropractic in St. Louis, MO and graduated in 1983.

She was born in Matanzas, Cuba and shortly after emigrated to Miami, FL in 1962 as a result of the Cuban Revolution.  Her parents thought that this would be temporary; however, realizing the permanency of the Castro Communist Regime, they became United States citizens in 1976 making the United States their home.  Both of her parents came from very humble beginnings. Her father studied at the esteemed School of San Alejandro in Havana, Cuba.  He graduated in 1941 with a degree in painting, drawing and sculpture.  He then founded the first provincial School of Fine Arts in his hometown of Matanzas.  He was a highly respected professor and director of the school as well as being considered to be one of the top artist in Cuba at a very young age.

As a young child Hortensia grew up surrounded by her father’s paintings and watched him paint at night as he worked during the day to provide for the family while her mother was the carpenter making his frames and mounting his canvases.  They were a team. As her father’s painting continued to evolve and mature, he was recognized as a master of light.  His paintings have been placed in important museums, institutions and collections in the US as well as internationally.

She has tremendous passion and admiration for her father’s work and as his only child, it is her life’s purpose to continue his legacy through The Rafael Soriano Foundation which preserves and encourages an understanding and appreciation of his work.  The Foundation will serve to provide education, promote exhibitions and scholarship on her father’s work while seeking to place his pieces in important museums and collections worldwide for all to enjoy. 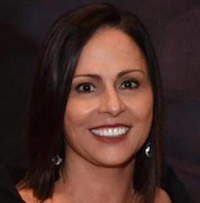 Lisa Faquin worked in the Biotechnology and Genetics Industry specializing in Women’s Health and Fertility for 25 years (1992-2017).  She held  positions ranging from Sales Representative, Market Development and Account Manager to Area Sales Director. She worked closely with leading Fertility Centers along the East coast of the United States.   She received her M.S. from University of Tennessee, Knoxville followed by her Ph.D. in Exercise Physiology from Florida State University.  She conducted her dissertation on Adrenal Androgen Replacement After Menopause which was later published in the Journal, Fertility and Sterility .  During her time in Miami, she was introduced to Soriano’s work in 1998 and has admired his work since that time.  She has been surrounded by Soriano’s work and the Soriano family and jointly with Hortensia has been  committed to preserving his work and legacy for generations to come. 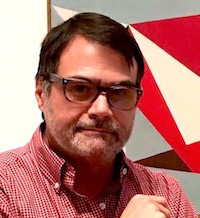 Alejandro Anreus is professor of art history and Latin American and Latino Studies at William Paterson University in New Jersey. He was the curator at the Jersey City Museum from 1993-2001. He is the author of Orozco in Gringoland (University of New Mexico Press, 2001), and co-editor and contributor to Ben Shah and the Passion of Sacco and Vanzetti (Jersey City Museum, 2001), The Social and The Real (Penn State Press, 2006), and Mexican Muralism: A Critical History (University of California Press, 2012). Most recently he authored the monograph Luis Cruz Azaceta (A Ver series, UCLA Chicano Studies Research Center Press, 2014). He contributed essays to the catalogues of both the 2011 Lowe Museum and 2017 McMullen Museum of Art Rafael Soriano exhibitions. His articles and essays have appeared in Art Journal, Aztlán: A Journal of Chicano Studies, Commonweal, Encuentro de la Cultura Cubana, Third Text and Diario de Cuba. He served on the board of the Joan Mitchell Foundation from 1997-2018. 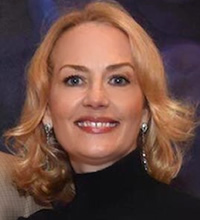 Elizabeth Thompson Goizueta teaches Hispanic Studies at Boston College. Her research interests and publications focus on the relationship between art and literature in twentieth-century Latin America and Spain. At the McMullen Museum, she has curated the exhibition Esteban Lisa: The Abstract Cabinet (2017) and curated and edited the catalogues for Rafael Soriano: The Artist as Mystic (English and Spanish, 2017); Wifredo Lam: Imagining New Worlds (2014, published in Spanish in 2016) and Matta: Making the Invisible Visible (2004). Her exhibitions at the McMullen Museum at Boston College have traveled to the High Museum of Art in Atlanta, Long Beach Museum of Art, the Patricia and Philip Frost Museum, Florida International University and she has contributed to a catalog and exhibition at the Museo de Filatelia de Oaxaca, Mexico.  She received her B.A. and M.A. from University of Georgia and did doctoral coursework at the University of Salamanca, Spain. 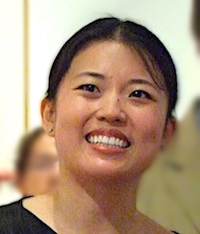 Abigail McEwen is associate professor of Latin American art history at the University of Maryland, College Park.  Her research and teaching interests span the modern Americas, with emphasis on the art of twentieth-century Cuba and Puerto Rico, the transnational history of abstraction, and the postwar avant-garde.  Recent publications include Revolutionary Horizons: Art and Polemics in 1950s Cuba (Yale University Press, 2016), Concrete Cuba: Cuban Geometric Abstraction from the 1950s (David Zwirner, 2016), and catalogue essays on Agustín Cárdenas, Zilia Sánchez, and Joaquín Torres-García. 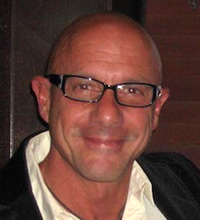 Lawrence Feldman was born in New York City, NY and received his B.S., Ed. from the  State University of New York College at Cortland.  He then attended medical school at  Ross University graduating with his Medical Degree. He practiced Family Medicine specializing in HIV infection in  Miami, FL (1986-2008) while serving as Medical Director and Co-Director at South Miami Hospital and Mercy Hospital Special Immunology Units.

He has extensively traveled around the world to Europe, Asia, South America, The Middle East and Cuba where had the honor of seeing Rafael Soriano’s work displayed in Museo Nacional de Bellas Artes in Havana.  He has collected many pieces of art during his travels and owns some of Soriano’s artwork. Amazed by Soriano’s creativity and uniqueness, he has never tired of attempting to explain the incredibly intricate and enigmatic nuances in his paintings. As a board member, he has continued to grow Rafael Soriano’s presence and notoriety worldwide. 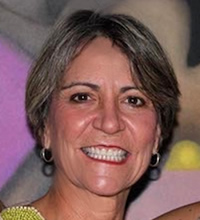 Lourdes Valido was born in Santa Clara, Cuba, on July 28, 1958. Her family immigrated to the United States in May of 1962 on the infamous Pan American flights that brought so many Cubans to the United States in search of freedom and human rights. She later studied and graduated from the University of Florida with a BA  in Psychology and continued her graduate studies at Florida International University.  She works as an Itinerant Teacher at Miami Dade County Public Schools where she teaches children that have a medical condition impeding  their ability to attend school. Educating children is her passion as she has been teaching for over a decade.  Art is another heartfelt passion and particularly the art created by the master Rafael Soriano. She has been collecting his art for many years. She feels privileged to have known the master and considered him a friend.  She sincerely believe that Rafael Soriano is one of the true greats of his generation and his genius is unparalleled.  She is delighted to contribute to the Rafael Soriano Foundation that will promote an understanding and appreciation of Soriano’s artwork.